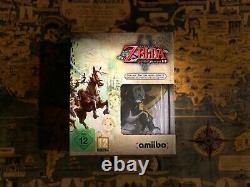 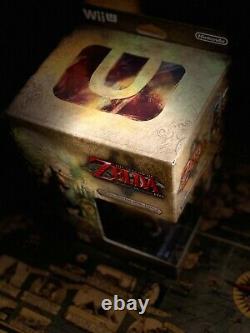 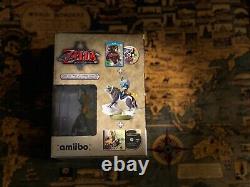 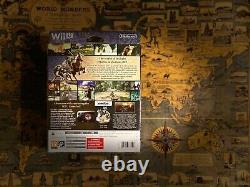 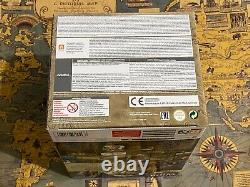 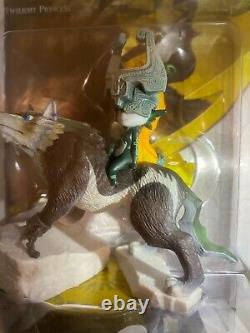 Wii U disc WUP-006(EUR) The Legend of Zelda: Twilight Princess HD. Travel between the worlds of light and dark to save the land of Hyrule in The Legend of Zelda: Twilight Princess HD for Wii U. This definitive edition of the beloved adventure game for Nintendo GameCube and Wii features revitalised visuals that will further immerse players in its stunning landscapes and epic story. You play as Link, a farm hand who is chosen by the gods to free the kingdom of Hyrule from the clutches of the King of Shadows, Zant, who has cursed the land with a perpetual twilight.

To help him take on this new menace and break the curse that has transformed him into a wolf, Link will team up with the mysterious and mischievous Midna, a creature from a corrupted dimension called the Twilight Realm. Travel to the far corners of Hyrule, exploring bustling villages, barren deserts and the Twilight Realm itself to seek out the powers to drive away the darkness. Overcome deadly enemies with your trusty sword and shield, attack and evade foes with cunning manoeuvres, and take on tricky puzzles with handy items like the Slingshot and the Gale Boomerang. Traverse treacherous lands on foot or by summoning your loyal steed Epona, whether to simply explore that vast landscape or engage in tense combat on horseback!

Delve deep into dangerous dungeons, where threats can lurk around every corner and enormous bosses await. To help save the land, you can use Links cursed form to your advantage by transforming into Wolf Link to enter the Twilight Realm. As a wolf, perform jump and spin attacks and execute special energy field strikes on multiple enemies. Youll also harness a heightened sense of smell to sniff out quest clues and the ability to perform mighty leaps, allowing you to reach areas normally out of reach in your human form. In addition to the main story, there are numerous exciting side-quests to tackle: grab a Fishing Rod and make the catch of the day, search for bugs spread across the land, or seek out hidden spirits called Poes!

You never know, you might get something good! When battle makes you weary, you can use amiibo. Are you ready to face the perils of the eerie Twilight Realm and save Hyrule from certain doom?

This definitive edition of the beloved Nintendo GameCube and Wii title comes to Wii U with improved visuals. Travel between the world of light and the strange Twilight Realm to save Hyrule from a dark fate. Explore mysterious dungeons and use items to solve puzzles and battle malevolent foes. Transform into a divine beast to use special abilities and explore new areas. The item "The Legend Of Zelda Twilight Princess Hd Wii U Amiibo Bundle" is in sale since Thursday, October 15, 2020. This item is in the category "Video Games & Consoles\Video Games". The seller is "gustasz123" and is located in Rga. This item can be shipped worldwide.